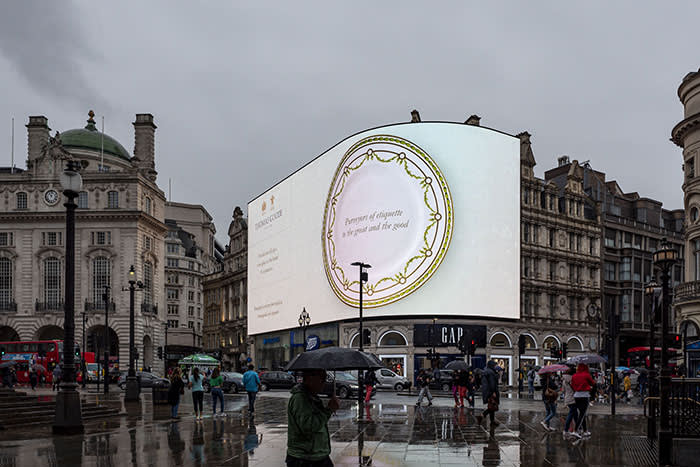 A visit to Thomas Goode & Co is a study in excess. For almost 200 years, the shop has supplied crockery, glassware, cutlery and table linen to rock stars, maharajas and the crowned heads of Europe. Its sole outpost, a red-brick Victorian behemoth, takes up a block in one of the grandest streets in Mayfair. Wander through its 17,000 sq ft of showrooms and you will find table after table gleaming with Meissen, Lalique, Herend and Sèvres. Outfitted in morning suits, the staff — many of whom have worked at Thomas Goode for more than two decades — are solicitous and impeccably well-informed. There’s only one thing lacking. Customers.

“When you go to the shop, you might sit there all day and get half a dozen people coming in, and maybe one of them is lost,” says Johnny Sandelson, the property entrepreneur who acquired the store for an undisclosed amount in July. “When I started, the lights were low and there was nothing in the windows. It was a shop that gave all the appearance of being closed.” For the past few decades, Thomas Goode has been the slumbering giant of South Audley Street.

Sandelson has set himself the task of waking the company up — and it’s going to take more than just turning on the lights. What is required is a 21st-century overhaul. A case in point: Thomas Goode sells more over the phone than it does online, for the simple reason it has no ecommerce platform. Some 40 per cent of its £5m in annual sales comes from special orders — a loyal client outfitting their new yacht or private jet — but oligarchs alone are unlikely to keep the business afloat.

The plan, Sandelson says, is to democratise. “Fortnums did it, Smythson did it. Those great British brands reinvented themselves to become relevant to the affluent middle classes, but Thomas Goode didn’t.” With plates starting at about £35, Sandelson argues that his tableware is more attainable than people might think. Bespoke services featuring personalised designs and insignia are more expensive — from £120 a plate — but could be bought piecemeal. “There’s that Prince Charles story,” says Sandelson. “He gave his goddaughter India Hicks a dinner service, but over 20 years, adding to it every year.” 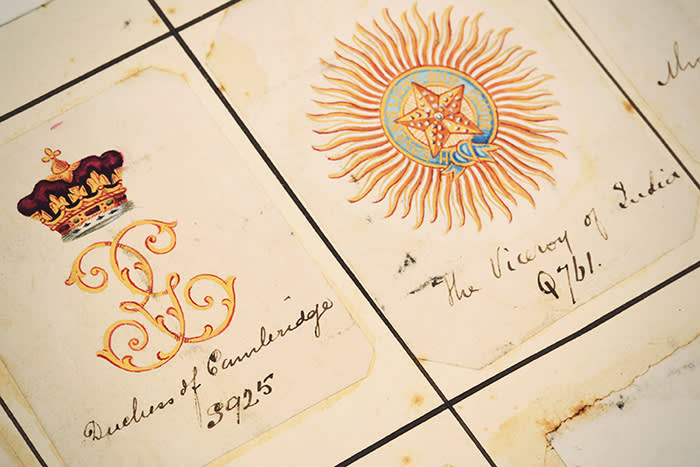 Passing through the Mayfair store’s automatic doors — thought to be the oldest still in use in Britain — the atmosphere on the shop floor is half V&A, half Are You Being Served? The interior, virtually unchanged in decades, is being refurbished. But Sandelson hopes that, in an age of experiential retail, the shop’s peerless service will entice a new generation of customers. He’s also eyeing up collaborations to reach those for whom the Thomas Goode name has little resonance. “[Luggage manufacturer] Rimowa did a collaboration with the Supreme people and it sold out in under a minute,” he says. “People trust the brands they know, and by association they will tag along with the ones they don’t.” A Supreme dinner service, perhaps? “We’d love to,” he says.

An online shop arrives in November, along with a new store in the lobby of Mumbai’s Oberoi hotel — only the second to open in Thomas Goode’s 191-year history. “Everyone talks about the affluence of the Indian middle class,” says Sandelson. “And the Indian wedding market is worth $5bn a year. We used to be the most famous gifting shop in the world. It seems to me to be a logical thing to do.” 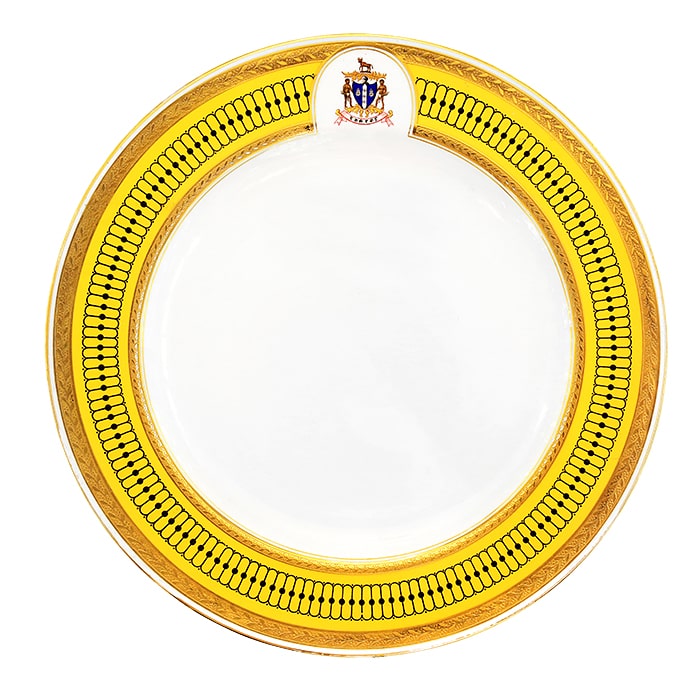 Parts of the business that had lain dormant are to be revived, with an injection of £10m-£15m in investment. There’s a voluminous archive to be mined for designs, and production of tableware in the Thomas Goode name is being restarted at factories in Stoke-on-Trent. Veronica Carr, a shrewd blonde who has worked on the shop floor for 25 years, watched the decline of the British pottery industry first-hand. “In 2008, we lost what we thought we’d never lose, which was English suppliers — Spode, Worcester and that sort of thing. And all the crystal companies went.”

Fortnums did it, Smythson did it. Those British brands reinvented themselves to become relevant

Sandelson is committed to a revival. “We’re unashamedly proud of our British heritage and our British brand,” he says. “To honour that, you have to be involved with a very high standard of manufacturing in Britain. There would be cheaper ways of going about things, but the British way stands for quality. Stoke-on-Trent has been producing beautiful plates for 200 years. So it works for us.” (It might also work for the Buckingham Palace functionaries responsible for renewing royal warrants, of which Thomas Goode currently has two.) 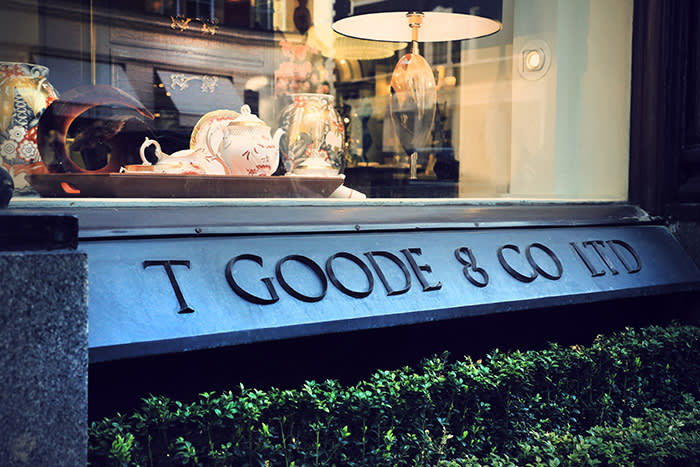 Almost inevitably, the top floors of the South Audley Street flagship are to be turned into luxury flats. “Will we be able to afford a shop of this scale in the coming years?” says Sandelson. “I think the brand is bigger than the premises. I’m pursuing the dream on the basis that the building will be developed over time and we’ll hope to have a space within it.”

It’s a gamble that Sandelson hopes will pay off in the next five years. “It’s a bit like being an art dealer who finds something that gets cleaned up and turns out to be a Rembrandt. It feels like I’ve discovered an incredibly famous British brand that has just got overlooked.”